Hey guys! You have probably already ( I hope) seen Mr Vockenson's new edit for Shadow!
The dude never disappoints to put out a great edit full of unreal shit. I remember watching his welcome to Tempered edit  back when I was still in high school and thought the guy was insane but he has always been out doing himself. I have been lucky enough to been there for a good part of the filming of this new video and have some cool shots to go down with it!
I'm pretty interested in what does or maybe doesn't go on in the dudes head when he sends this kind of stuff so I sent him a few questions as well as just some chit chat! The amount of effort the dude puts into his riding and crispy and having a gnarly injury and all I thought it needed some coverage! 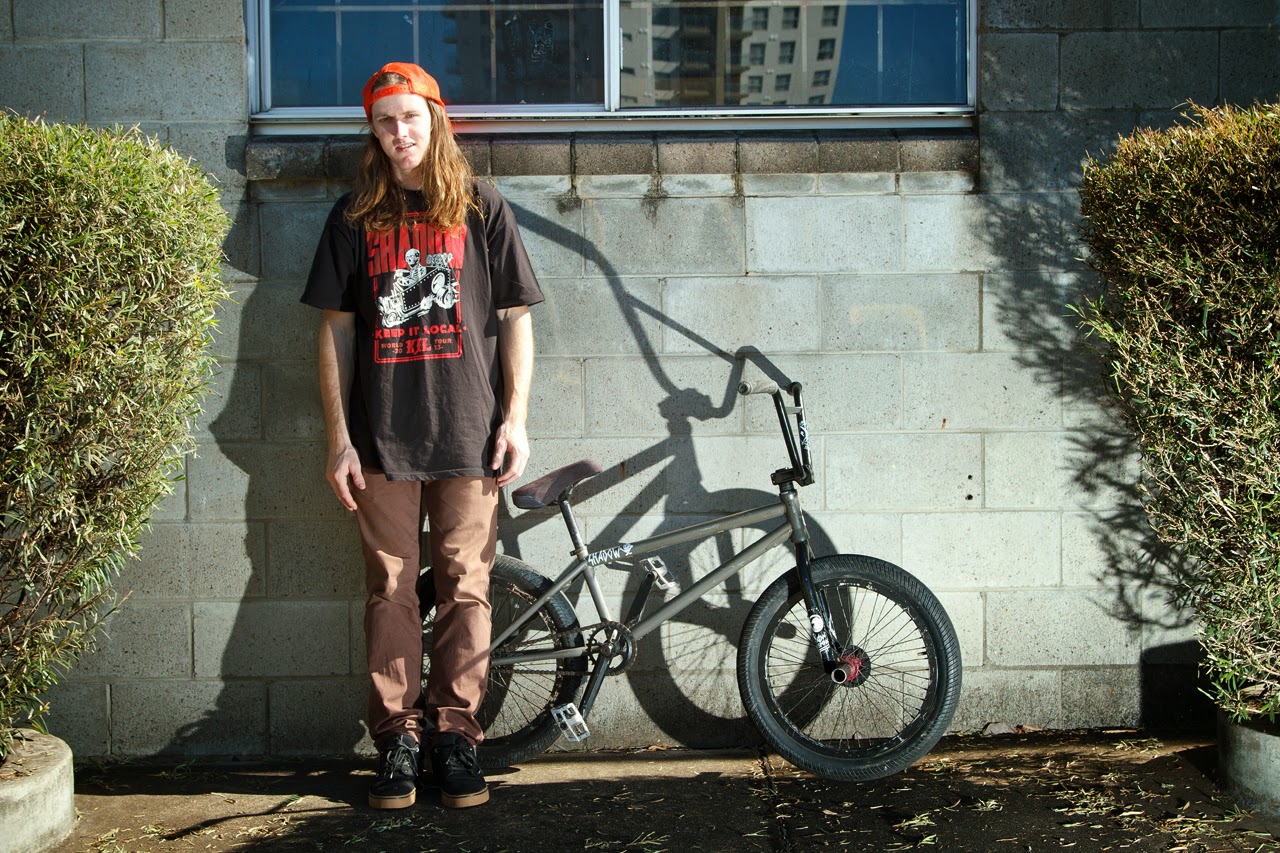 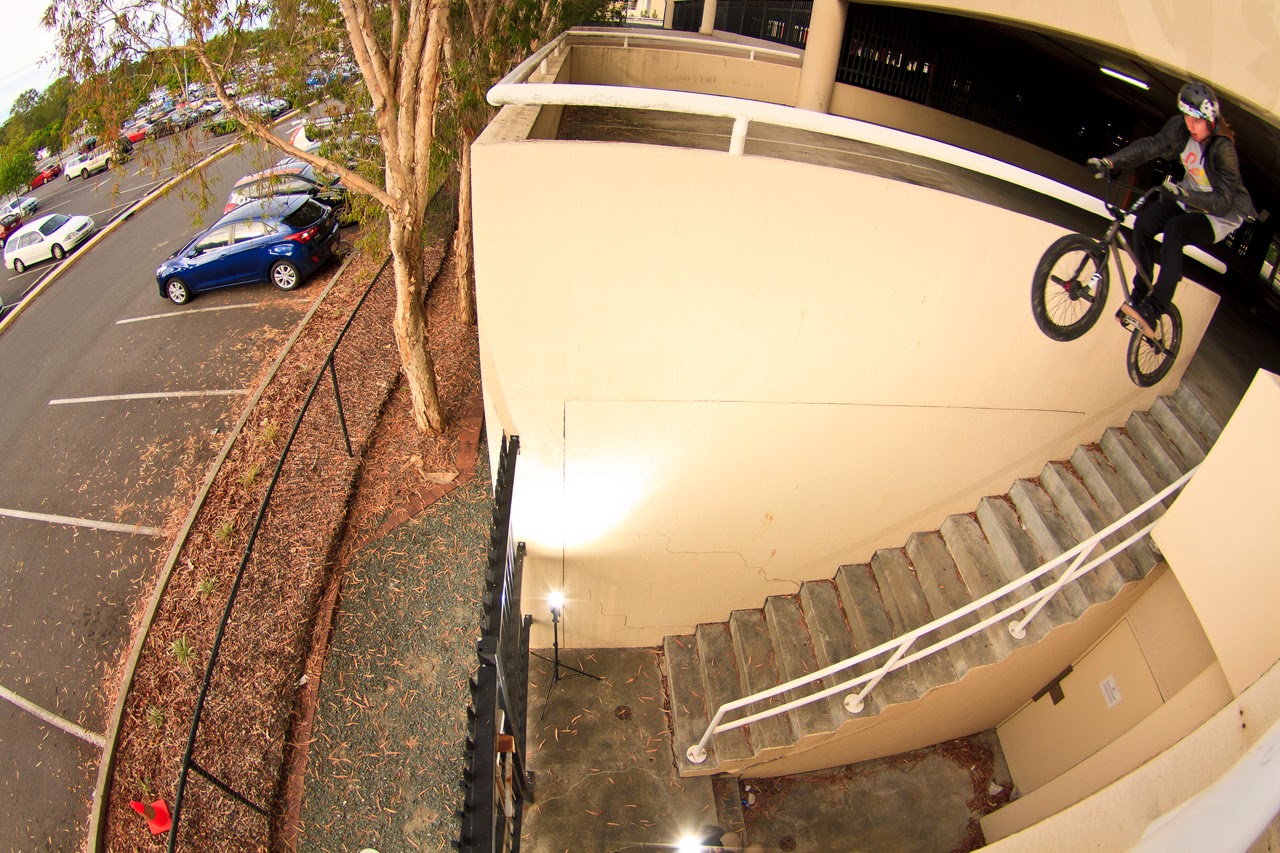 Hey Mike, I’ve been meaning to send you some questions over recently about your injury and the new crispy but having your new shadow video drop just in time is a plus.
The new edit absolute madness is exactly that. Completely packed full of yeti sized shit up until your accident and it leaves you thinking wtf is going on in your head.
I have been lucky enough to be there to shoot some stills for you while filming for this video. Before almost every insane gap or rail you pull you go through a small ritual. Usually a shit tone of run ups followed by you staring at whatever it may be you’re about to huck yourself onto and finally you hopping up and down like you have ants in your pants. What is going on inside your mind man? Is it just positive psychology, you visualizing yourself making the jump or is more deep and grainy like a scene from a David lynch film?
Thanks for the props man. Honestly, I do think ALOT about what I'm doing before I actually do it, which alot of the time is hard because I get so excited and want to send it straight away. The key for me is being able to visualise whatever it is I want to do. If I can visualise it happening then chances are that I'm going to do it, pending weather, cars in the way etc. I'm almost always shitting myself but having that visualisation in the back of my mind gives me the confidence to try it. I also usually try and weigh up the worst case scenario to net out all the negatives beforehand as well. This way, if the worst case scenario isn't all that bad, then fuck it.
Haha yeah, a few people have started to point out the nervous 'jumping' I seem to love. Thinking about it now, I guess that comes from my racing days where before a final I would jump around and loosen up. Having a little ritual helps I find. 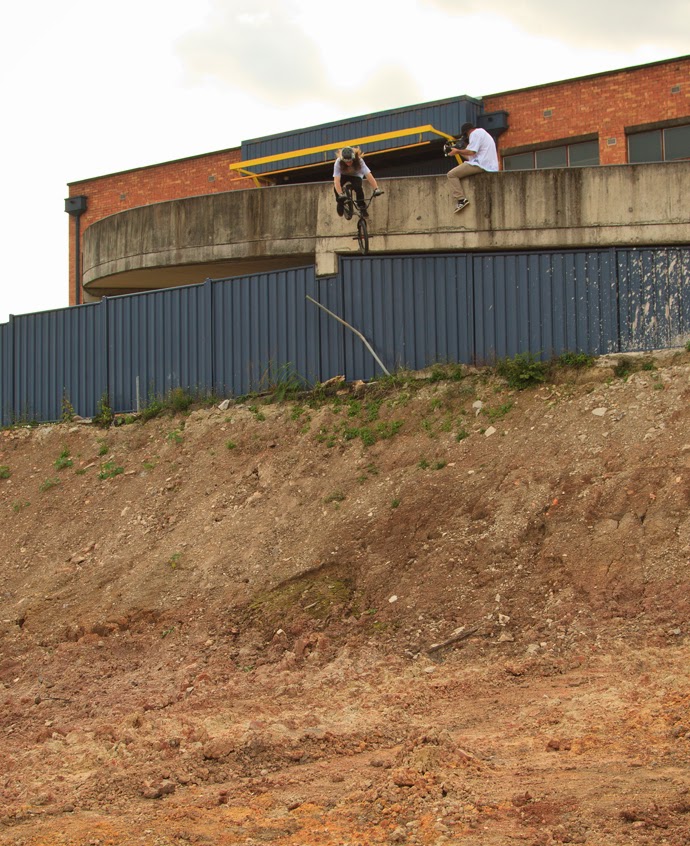 A lot of the time when you ask me to come shoot some of your outrageous riding I myself get nervous as to what is install for the day. Then seeing what you want to pull and then shooting you make it, it’s a rollercoaster ride of emotions but it must be at least tenfold on yourself. You plan your clips for weeks, months even, does the feeling of nerves build up over that time? Can you explain how it feels when you do roll off from a ridiculous gap?
It's the best feeling in the world man and why I keep wanting to do it. Being able to push yourself to a level of nervousness that you would usually never experience is so exhilarating, particularly if you pull whatever you are trying. I don't know how to explain what happens scientifically, but rolling away from something that scared the shit out of you feels amazing. The only comparison I can think of is the excitement you get prior to going on a roadtrip with your mates where you have all got time off and big plans to meet up with people you never see and ride new spots. If you know what I mean? But yeah, sometimes shit gets put on hold for ages and it's the worst. I remember a hop I wanted to do for the 2020 DVD. Everytime we went to go there, something would put it off and it would be the worst, I would go to sleep sweating it. But as I said before, I would rather be patient and think about it first instead of jumping in hell for leather and then getting fucked up. 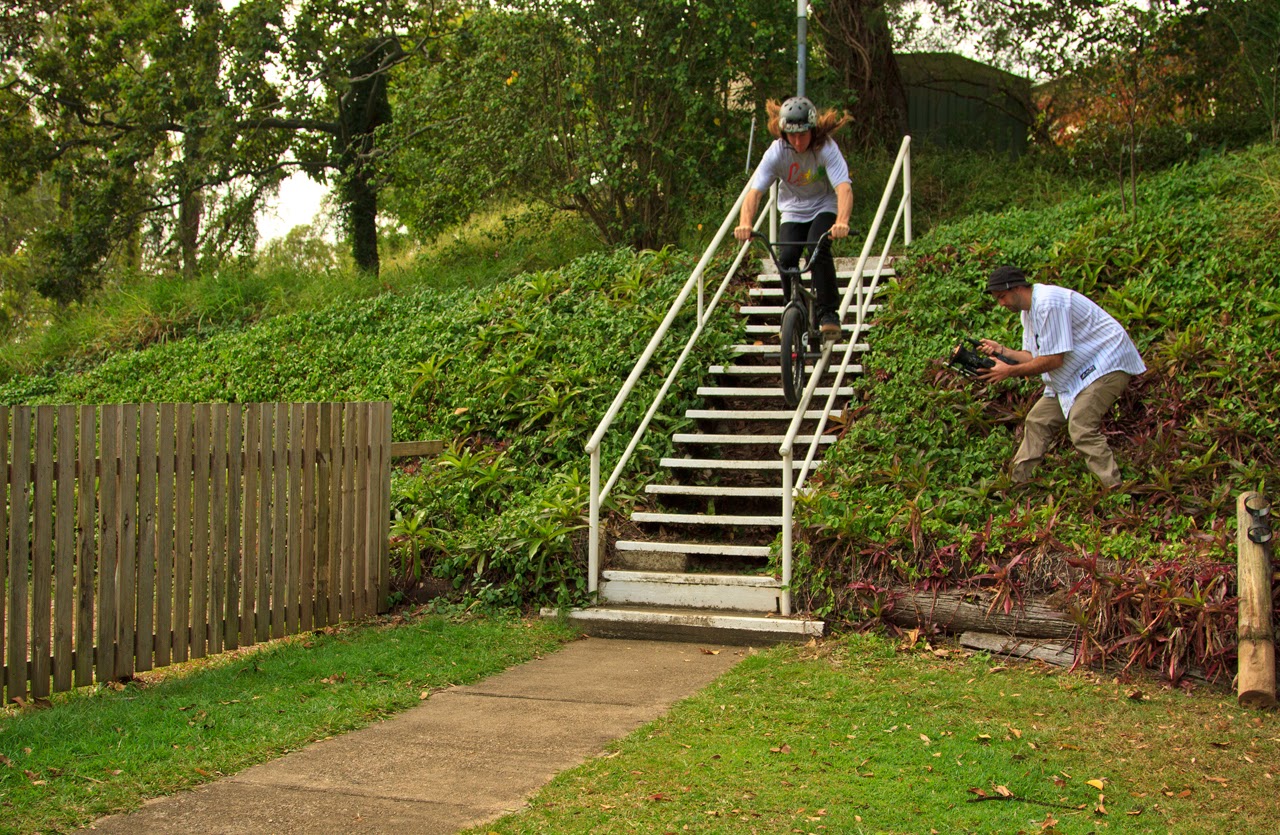 After your crash you were out of action for quite some time to recover and going through surgery to straighten that collar bone out. I know you’re a super active dude and ride every week. How did you deal with the down time?
Man it wasn't even that bad. Hearing the doctors say 8 weeks was like FUUUUUUU, I don't know what to do with myself. But having work being so busy and interesting as well as just hanging out with the dudes anyway, the time flew by. I usually immerse myself in whats happening anyway, whether that be filming or doing non BMX shit with the same dudes or just tagging along, it's usually pretty fun anyway. I think in a way, I'm a little more relaxed now, like not as eager to spend every moment I get to ride searching or hitting something scary. Taking it as it comes I guess. 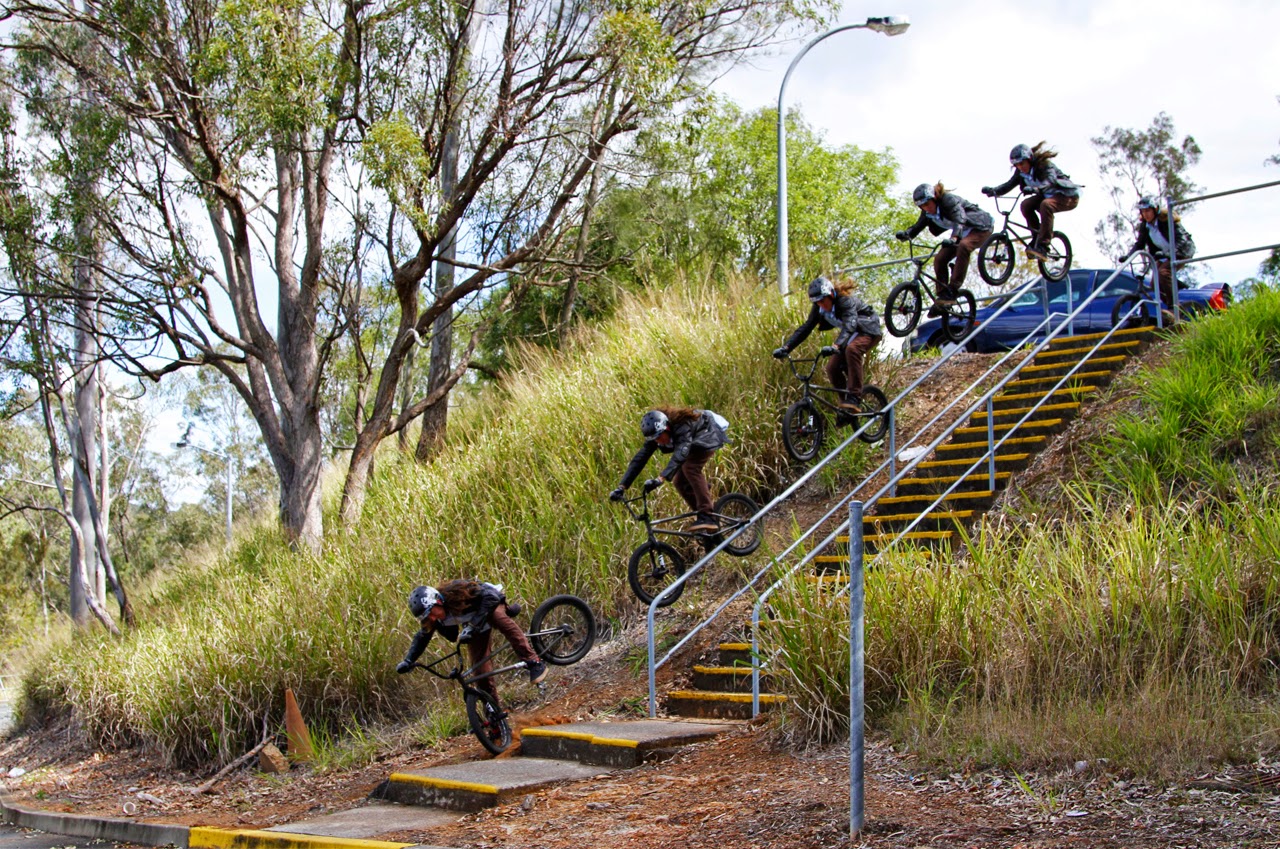 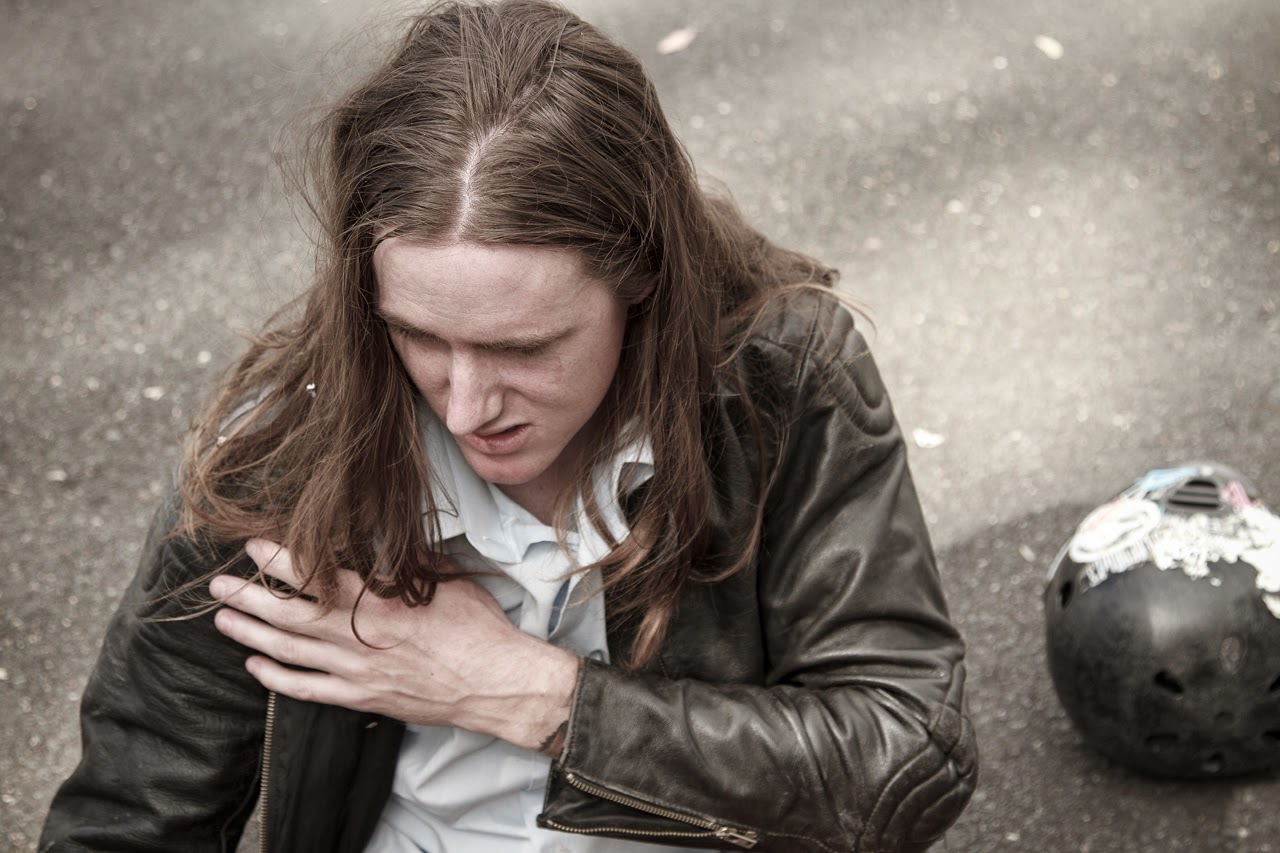 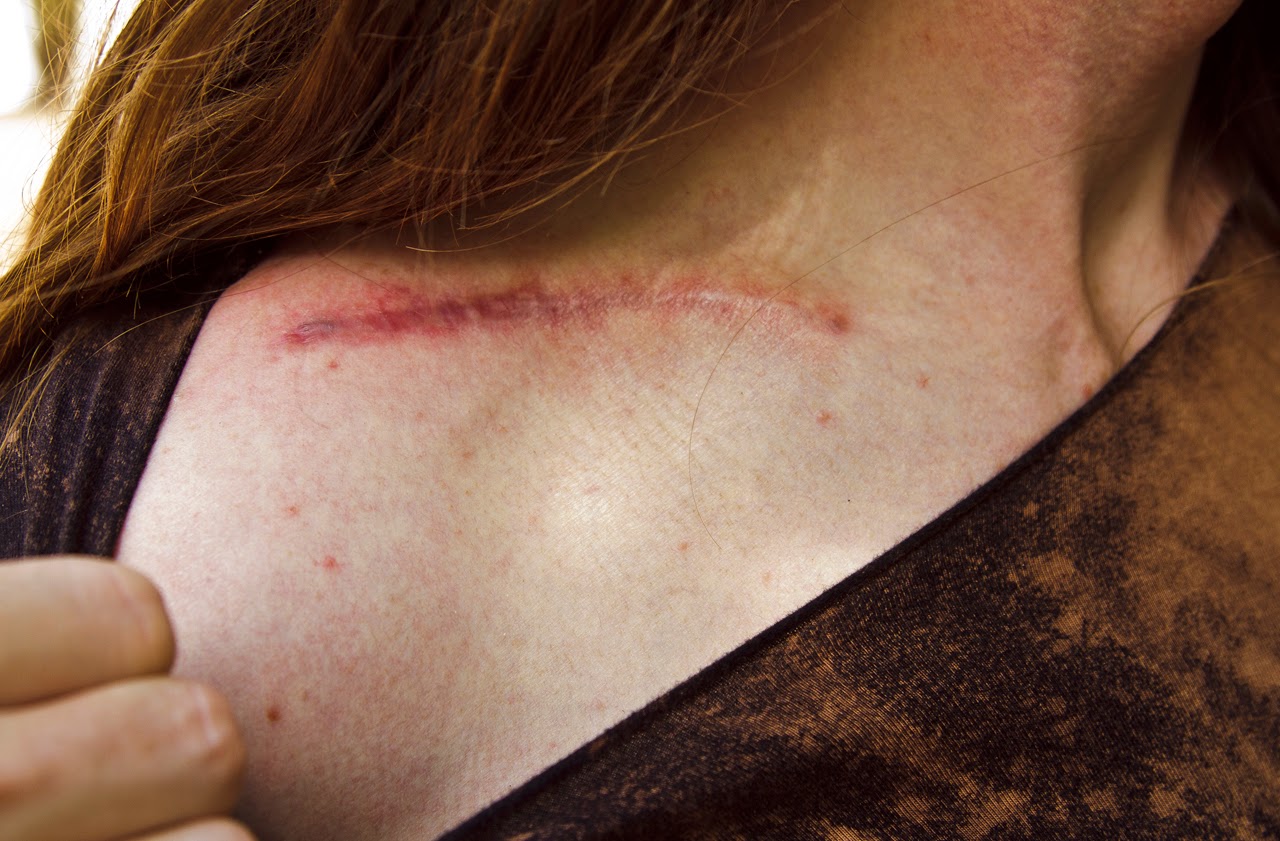 From when you crashed till the next time I saw you it only seemed like a few weeks. To no surprise you were already back on your bike sending shit. Where you afraid that the crash would course you to get freaked out over doing big shit? Maybe you would quite down a bit on your riding style?
Yep, definitely. That was my main concern and I had to wait 8 weeks to test it out. Thankfully I was able to overcome the perceived mental barriers I had, so I was fucking stoked with that. If I start to become a pussy and look for excuses then it's all over in terms of doing big shit. Which is all I have because I suck ass at tech stuff. Now I'm just as keen as before, but still taking the precautionary route in terms of really putting in serious thought to what I do prior to letting loose. Let's just hope that I don't get punished again anytime soon. I have alot of respect for the big name pros who ride full time, how they ride at that level every day and not get hurt is WAY beyond me. 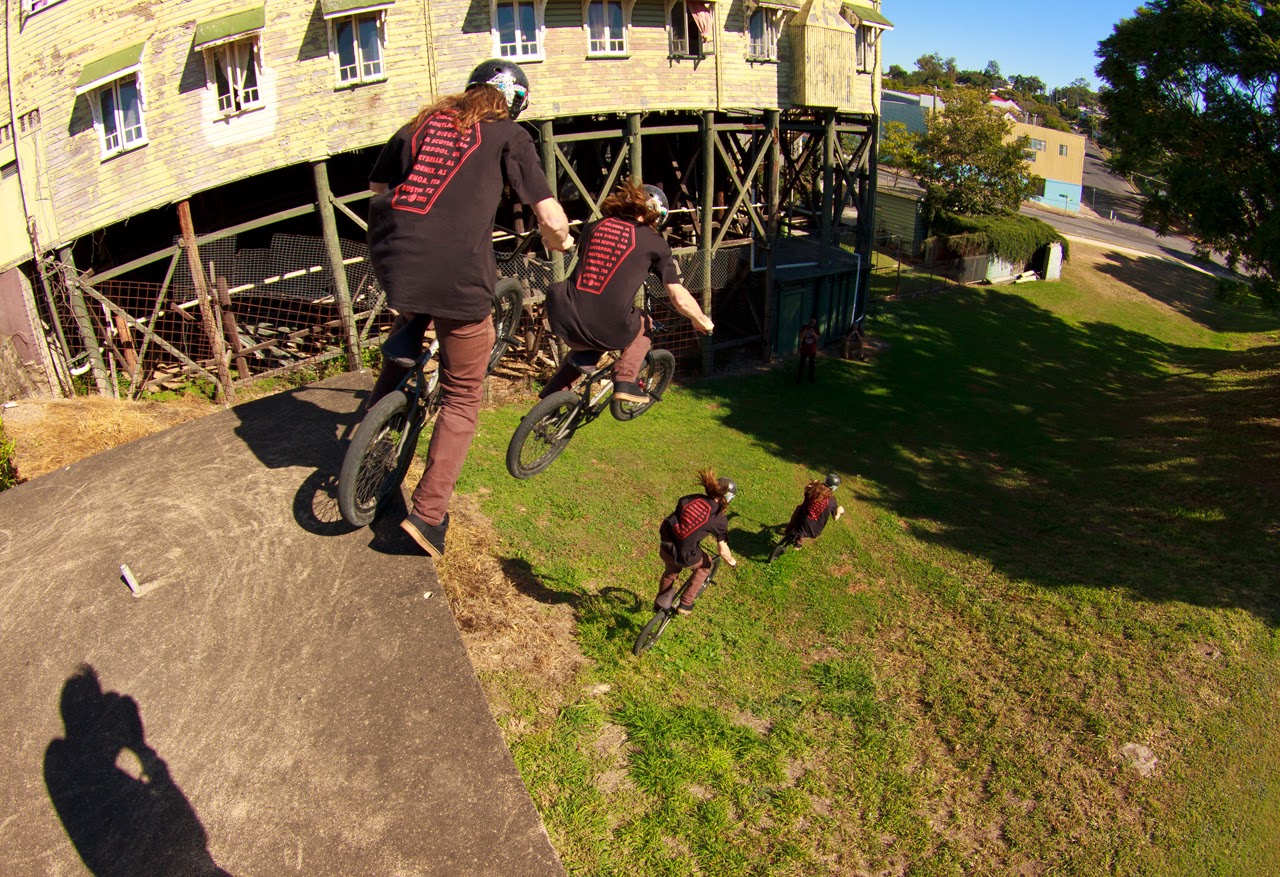 I’ve already been out with you a few times filming some new stuff. What is the next thing you’re working on? Can we be excited for more hammers?
Not too sure man, just going to collect clips for an upcoming edit, I have a few things in the works that it might go towards. In either case though, I'm going to be doing the same thing, what it goes towards usually doesn't matter too much. I really want to get a bit of variety going in the next part though. I have been super stoked on a heap of older BMX DVDs lately like System Cycle, Nowhere Fast and Chill Bro. Some of my favourite parts, and definitely the most enjoyable ones, consisted of a bit of everything you know, dirt, street, park, bowls, gaps, rails, tech, everything. I wanna start pushing myself to not just huck big rails but hit big bowl gaps and dirt jumps. That would be sick. 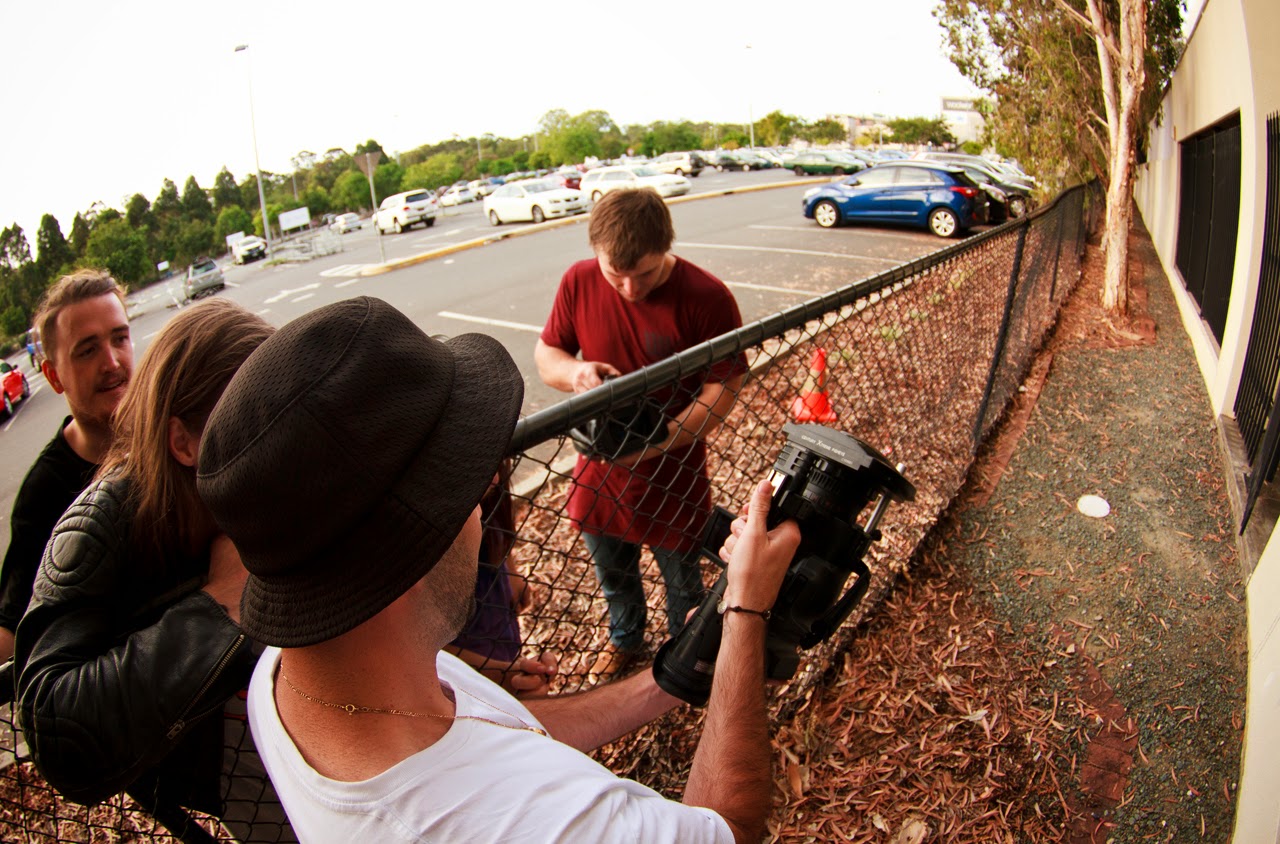 Also not to leave out the fact that crispy steam is looking mint and the postings has been pretty much daily since the update! Do you plan on keeping the stream flowing so fast? How long has this makeover been happening behind the curtains?
Thanks, yeah I have been putting a heap of work into that. People might not realise, but I would spend a few hours a day after work getting posts ready and finding shit to talk about. Doesn't leave much time around work during the week. Thankfully my new roommate is into Crispy, has an understanding of BMX and builds websites from home. So he helped me out a tonne to build the new site, basically from scratch. I guess we worked on and off for about a few months. It wasn't until he pointed it out that I realised how deadly the original site looked with those hideous Monster logos haha. About time we fucked that off. Super stoked on posting better shit now, hopefully people take an interest, the super megas all seem to love it. 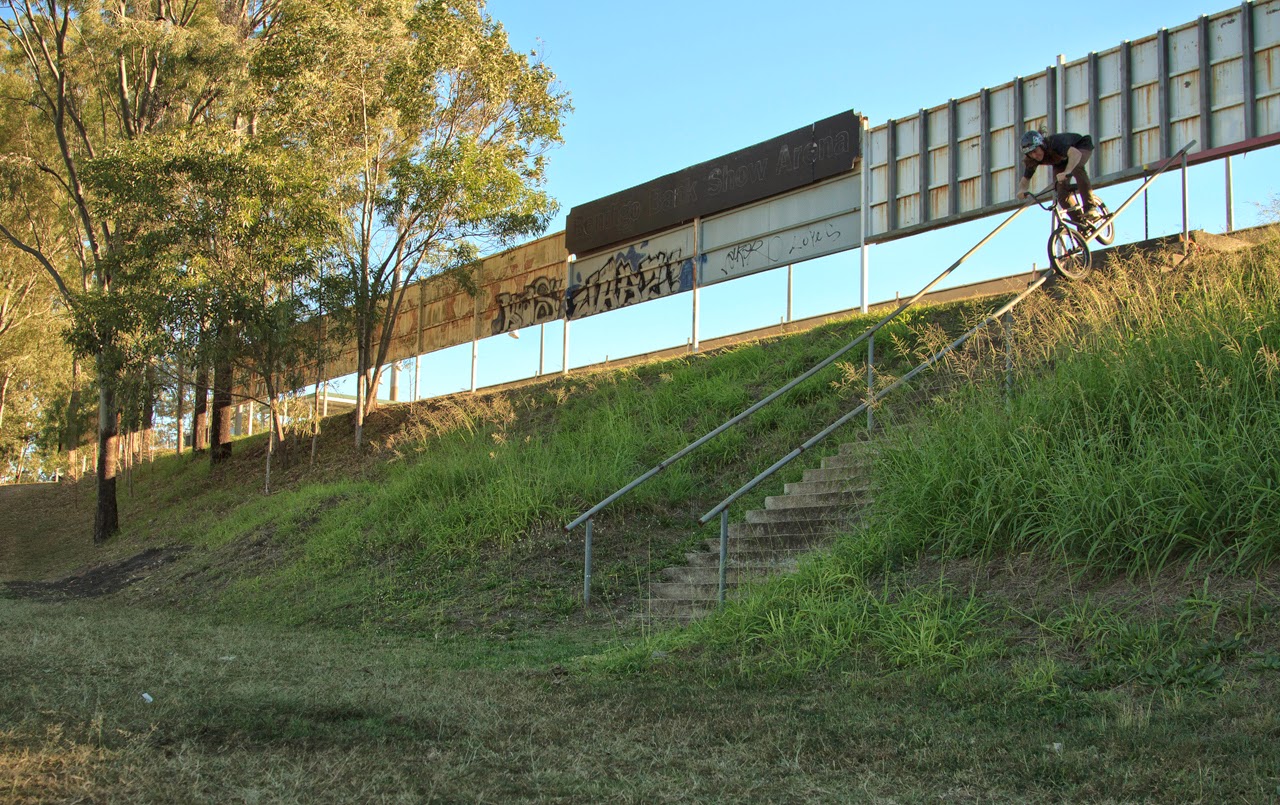 I know crispy is mainly set up for a good laugh but its defiantly looking a lil more professional these days. Are you heading in any direction with the blog or just gunna keep it rollin?
Just whatever man, it's really whatever I'm feeling at that point in time. Obviously, the hardest part is finding that balance between it looking good and also keeping it raw and ratty, the original Crispy way. I don't wanna get all corporate, but I also want it to be function, accessible and have people read it. Otherwise, what's the point of spending so much time on it you know? Having Dre on has given me some extra motivation, it's nice to hear people stoked on what you do and provide feedback. For a while there I was just pumping shit out and not really knowing how it was being received, well not much further than my immediate group of friends. But when I think about it, that is the main driving force for keeping it going, being able to talk shit about it with your mates on the weekend. I don't give a fuck about who is looking at it overseas and around Australia, but it's nice to hear positive feedback when you do go interstate. Thanks to all the losers who look at it, you keep my psyched.
Any thanks or any peeps you would like to say or mentions?

Sure bud. Thanks alot to everyone who helps me out, particularly Chris at 666, Evan/Mitch at LUX, Matty at TMPRD and the dudes at Shadow in the US, seriously am so lucky to have all these people willing to help me. Thanks to Jimbo for shooting photos and being an all around weird ass dude as well as all my friends for being so shit. Fuck yeah BMX.

Vocko is such a passive dude he is barely fussed on anything. Even straight after his crash he didnt show much pain or didn't feel the need to go to the ED. Crazy fucker check it out and enjoy!